Home › Blog › Somebody Disagree With Me (or Wish Me A Merry Christmas, I Dare You)

Somebody Disagree With Me (or Wish Me A Merry Christmas, I Dare You)

I am a complete and total failure as a blogger.

Here I am, eagerly set to engage a willing audience in a lively debate, and you all have to go and agree with everything I say. Maybe I should talk about something more controversial like abortion or healthcare. Those seem to get people riled up. The government is coming to take away your guns! Any takers? C’mon, I’m trying to pick a fight here.

Maybe you would be more disagreeable if I wasn’t such a puss. I admit it, I don’t really like confrontation, at least not face to face. I’m much more likely to run from a fight than to instigate one. Sometimes I’m afraid that shows in my writing as well. People with strong opinions are always admired over the peacemakers.

This attitude is prevalent in all aspects of our society. We don’t find a story exciting unless there is a war being fought, a monster to be slain, or at the very least a love triangle that could turn violent at any second. We mark history by battles lost and won, and pay little attention to the peacemakers. This is why there is such a huge disparity between the budgets of NASA and the U.S. military.

Americans are the worst offenders. Everything is a war with them. The war on drugs has locked up millions of people for the crime of abusing themselves with chemicals. The war on crime has been swallowed up by the war on terror, so now everyone is a potential threat, and little old ladies are frisked for their shampoo bottles, just in case they want to strike death at the heart of America. And there is a war on women, or as the right calls it, campaigning to their base. 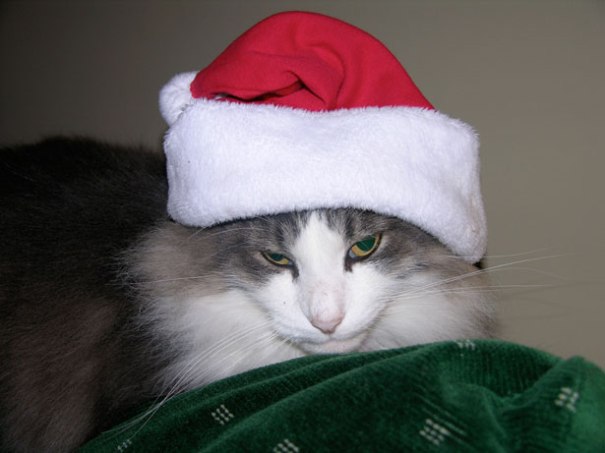 At least it’s not the Easter Bunny ears.

Probably the silliest example is the supposed war on Christmas. This demonstrates the beleaguered but vocal minority of Christian extremists trying to create a panic where there is nothing but normal societal change. It is normal and reasonable for retailers and governments to become more responsive to the growing population that is non-Christian or non-religious. All this whining is just the sound of a privileged elite losing the special status they’ve held for two centuries. It’s time to get of the cross.

If there were a real war in Xmas, you would see lots full of flaming pine trees, plastic reindeer with their faces bashed in, and looting at the Best Buy. Okay, after Black Friday sales it may be hard to tell the difference, but you get the idea. If you want to hear about real persecution, ask a gay man in Iran, or Uganda, or Mississippi. Love your brother, indeed.

We need a war on politics, so radicalized factions on both sides can stop bickering about who is sleeping with whom, and can get on with the business of governance. You know, roads and fire trucks and harassing people who don’t clean up after their dogs. Not destroying the economy or declaring National Broccoli Day.

Or maybe a war on war. Then we could all see how our governments are acting like they are Bronze Age empires, and not anything approaching democracies.

16 comments on “Somebody Disagree With Me (or Wish Me A Merry Christmas, I Dare You)”