Home › Blog › Geeks, Nerds And The Men Who Love Them (or Dealing With Nerd Shaming)

Geeks, Nerds And The Men Who Love Them (or Dealing With Nerd Shaming) 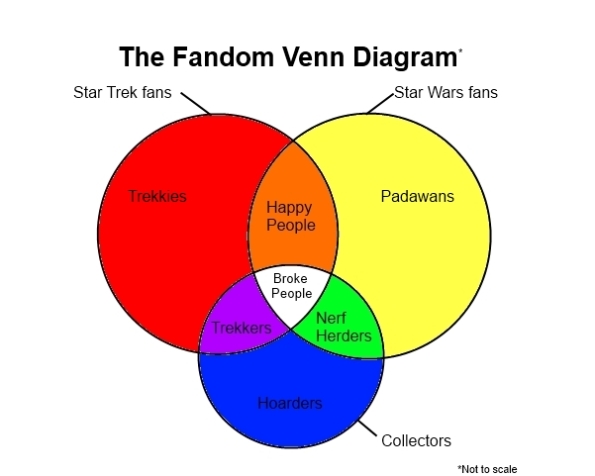 Every once in a while, within any given community, someone will do something incredibly stupid. And we will laugh at them and call them names. It makes us feel better, at least for a little while, until the next idiot opens his (or her) mouth. Part of the price of living in a free society is having to deal with the occasional ass. So I will weigh in on the whole “real nerd” / “nerd cred” / “gamer girl” kerfuffle exactly one time. I will not name any names, because it’s not important, you have Google, and I don’t want to get sued.

First off, there is no objective standard of nerdom. (Although, I nominate the Wheaton as the official unit of measurement if one is ever found. I promise that is the last Wil Wheaton reference for a long time.) You cannot say this is nerd and that is not, and never the twain shall meet. There is even a regional nerd / geek schism. (I am a dork myself.) Let’s just agree for the moment that we basically mean the same thing: someone who has a passion that borders on obsession.

While self-identified nerds do often share many of the same loves, those interests are by no means obligatory or universal. There are large groups of fans for major studio releases and network series, and there are small groups who leaf through back issues at underground comic stores or make their own web series. There are as many different kinds of nerd as there are people who call themselves nerd. Not everyone is going to get Firefly. (For the record: Best. Series. Ever.)

As well, there are groups of nerds who have nothing to do with the entertainment industry. Scientists are making real robots, teleporters, and spaceships. Astronomers, historians, and philosophers are working together to answer the BIG QUESTIONS. If you think your little sci-fi show is the most important thing in the universe, I pity you. It may be fun or even inspiring, but if all it leads you to do with your life is collect the action figures, you may need to turn off the computer for a while and go for a walk. Take a minute to get some perspective. Without your fans, you are just some guy doodling in your parent’s basement. If you think other people don’t get it, you are a hipster, not a nerd. Win them over with your enthusiasm; don’t alienate them with your contempt.

Human beings are a noisy, messy lot and I love them all, when I’m not standing in line behind them. There is a certain amount of xenophobia endemic to the species, but I think we’re all mature enough now not to throw our poo every time someone does something we don’t like. Like that guy who dumped on Felicia Day a while ago, who lost his job and earned the scorn of every fanboy and fangirl on the planet. (Saying nasty things about Felicia Day is like watching someone kick a puppy. All you can do is shake your head and hold him down until the cops come to pick him up.) Even if you have a valid point (he didn’t), you don’t make your case with some ranting post you throw up on Facebook.

We have anti-virus software, but I wish someone would invent anti-bigot software. Then we could go about our lives blissfully unaware of the ageist, racist, sexist, and elitist attitudes that have taken up far more time than they ever deserved. While controversy is a good thing, it’s important to not feed the trolls. That only encourages them. Genuine differences of opinion spark lively debate, but just being negative for the reaction is the behaviour of a three-year-old. It is a form of bullying, plain and simple, and if there’s anything a nerd should be sensitive to, it’s that. While I’m on the topic, I’d like some real rose-coloured glasses as well. Get on that, Google.

A community, by definition, is not your own private clubhouse. You don’t get to decide what people will like, what costumes they can wear, or what events they can attend. If you think you are entitled to special circumstances, or if you just think you know best, take a good look around. You are not the star of the show. You are the one talking on his phone during the movie, and nobody likes that guy. Go and be a dick somewhere else. We’re trying to have a good time.

Also, this blog is rated four out of five Wheatons. Sorry, last time.

3 comments on “Geeks, Nerds And The Men Who Love Them (or Dealing With Nerd Shaming)”