Highway Shoes (or This Would Be My TED Talk)

Recently, I’ve taken up walking again as a way to get some exercise. Now when I say walking, I’m not talking about a trip to the corner store. These walks can be up to thirty kilometers (eighteen miles) and take six hours. It’s the best way I know to relax. You pick a direction, strap on the tunes, and zone out. You occasionally get the equivalent of a runners high – or maybe that’s just dehydration. There is a zen quality to it. It’s a kind of walking meditation. Sometimes I’ll tramp in the countryside while other times I’ll discover new things about my own city while urban hiking.

But that’s not what I wanted to talk about. I’ve discovered there is a walking equivalent to shoes on the highway. What’s that? You don’t know about highway shoes? Basically, it’s all about the mystery of how solitary shoes end up sitting by the sides of the road. If you’ve ever traveled a long distance by car, you have no doubt seen one of these lost soles. (*groan*) Theories have ranged from The Rapture to Government Departments of Shoe Placement. (Obviously a make-work project.) Well, I’ve thought long and hard about this, and I’d like to share my conclusions: (This is serious stuff.) 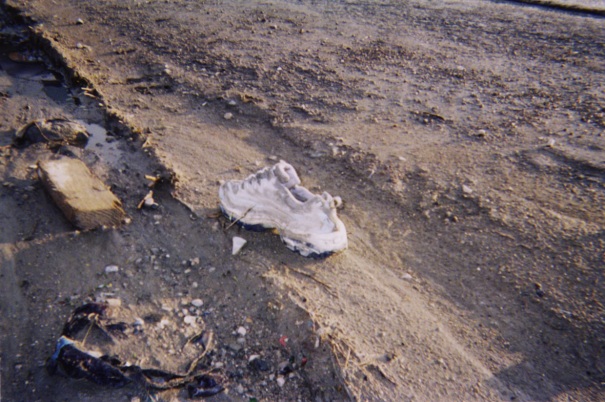 But that’s not what I wanted to talk about. No, I wanted to talk about a real threat to your health: the sidewalk banana. This is a mystery in the truest sense. Who in their right mind walks around eating fruit and tossing the peels on the ground? No one would. So we must look elsewhere for a solution to this puzzle. 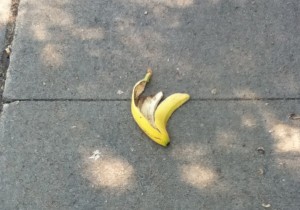 At first the solution is as absurd as it is obvious. Monkeys. Yes, that’s right, monkeys. Ah, but I don’t see any monkeys, you say. Of course you wouldn’t. They’re invisible. And where do invisible monkeys come from? Outer space. So be on the lookout. These invisible space monkeys are up to something, and the bananas are just the beginning. At least, that’s my theory. 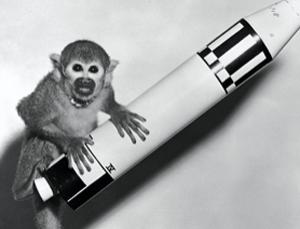 Also, on a side note, I once saw someone slip on a banana peel and land flat on his ass. It wasn’t as funny as I thought it would be. But it was still pretty funny. That’s my time. Thank you.