Home › Blog › Kittens vs. Schadenfreude (Or Read This or Teh Kitteh Gets It!)

Kittens vs. Schadenfreude (Or Read This or Teh Kitteh Gets It!) 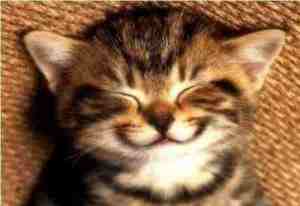 A battle between the forces of good and evil is being fought on the Internet. No, it’s not the latest MMORPG or the Avengers movie. This is a real life struggle between those who would inspire us with soft, fluffy animals, and those who think the highest form of entertainment is slow-motion nutshots on YouTube (no, I will not link you to them).

On the side of light, we have the purveyors of cuteness with their weapon of choice – BABY ANIMAL PICTURES! Truly, an awesome weapon if there ever was one. From bunnies to turtles, these sometimes naive souls innocently wish to share the beauty of the world in its purest form. But be warned. So many times I have watched people turn into helpless piles of goo when a new cat or dog arrives at their house. They become like those annoying new parents who want to show you all the baby pictures. (FYI your kid looks like a potato wrapped up in a blanket.)

On the dark side, we have the merchants of fail. (Merchants of Fail is my Nickleback cover band.) Whether it’s amateur skaters who bail on an ollie or NASCAR pile-ups, there are those who secretly (and not so secretly) take pleasure in the suffering of others. This is not to say they are all fiendish ghouls lying in wait for you to make a mistake. Not all of them. But neither can we dismiss them as some deviant fringe of society.

On the surface, it should be obvious which side you should be on, but I maintain things are not as simple as they seem. Self-indulgence is a powerful temptation. Our better angels sometimes show the tarnish on their halos. We don’t need to go back to Aristotle to understand that the suffering of others is the source of comedy. (No, seriously. Stop doing that already.) Doing good always feels good, but sometimes doing something you shouldn’t feels good too.

We are imperfect beings trying to come to terms with a world we have made. A world in which we somehow forgot to make a place for ourselves. So, I guess the point is if you can’t be good, at least be interesting. After all, the whole world is watching you now.

Also, put down the camera and help me. This really, really hurts.

[All images are public domain.][Support your local animal shelter.]