[Today features a guest post by Thomas Cat. Take it away Tom.] 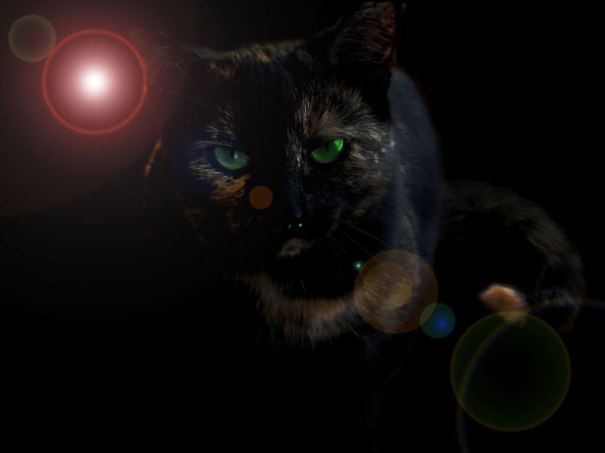 First off, I’d like to thank Sean for letting me hijack the blog for a day. Normally, I mind my own business, unless it involves fish-flavoured food or a full litter-box, but it’s that time of year again: Halloween – the worst time to be a black cat.

Let’s start by saying the whole “crosses your path” thing being bad luck is a total myth. If I’m walking in front of you, it’s because I’ve got places to be and you’re slow. End of story. Besides there is no such thing as luck. That’s just a placeholder word for coincidence and happenstance.

That whole business got started way back in the Middle Ages by a bunch of sexually frustrated religious types who hated women, especially smart and powerful women. So if you want to get your beliefs from these guys, they also brought you indulgences, Crusades, and water-boarding. (Actually, after hearing the Republican platform, I’m not convinced that much has changed since the Inquisition.)

Who decided that cats were evil and why, I don’t know, but thanks for nothing, fella. In the old days we were revered and even worshiped. All we had to do was drop a few dead mice on the doorstep every week. We would have done that anyway. But then suddenly it’s all, “She’s got a cat, so she must be a witch.” Jeez. All we wanted was to eat some meat, sleep twenty-three-hours-a-day, and maybe chase a bit of string. Suddenly, it’s torches and pitchforks…literally.

It continues to today. Black cats have this undeserved notoriety that is only reinforced by this inane celebration that, every year, has less to do with ghosts and goblins and more to do with movie tie-ins and showing off your boobs.

I have to take a stand against this institutionalized racism. It was wrong in Salem three hundred years ago, and it’s still wrong today. We are the last to be adopted, and the first to get eviscerated by Satanic cults. If you want to ‘celebrate’ death, then by all means leave me and my kind out of it. Besides, I never get any candy.

Now, if you’ll excuse me, the sun is out, and it’s time to nap on the windowsill.