How I Learned To Stop Worrying And Love My Twisted Ankle 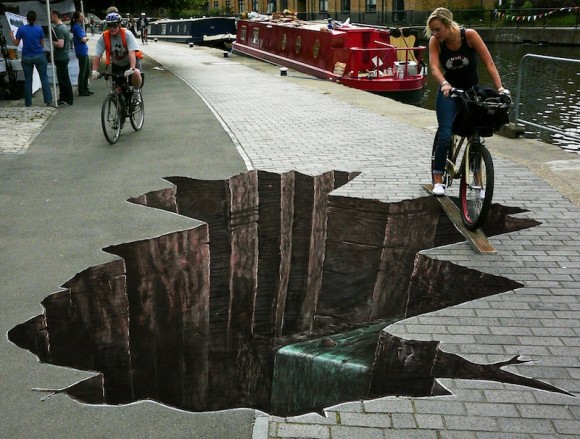 So, I went for a walk today. It’s been a terrible spring so far with the temperature far below normal. Despite the chill wind, I had to get out of the apartment for a while to clear my head. Anyway, the reason I’m telling you this is preface this story about what happened to me. It wasn’t an important or a notable thing except to me because it got me thinking.

I was walking along a path through the park and there was a large crack in the ground, the kind where one side has sunk several inches. Now, I saw the crack in plenty of time to avoid it. It was obvious and easy to step over. So, of course, I stepped right on it. Now the back half of my foot is on solid ground while the front half is doing its Wile E. Coyote dance in mid-air until it went slamming down pitching my whole body forwards into a half-melted snow bank. Now, what’s the big deal, you ask? This isn’t about guns or bombs or celebrity break-ups, so why should I care? Isn’t this something that happens to people all the time?

Like some horrible car crash, I saw time slow down. I knew exactly what I was doing, what was going to happen, and what I needed to do. But I didn’t do it. Given the choice of shortening my stride or leaping over to avoid the crack, my brain froze up and picked the worst possible compromise.

I saw this as a metaphor for nearly every decision I’ve ever made in my life. When faced with a problem, you could take the tried and safe path, or be adventurous and take a risk. The conservative choice will keep you from harm and let you live a quiet life of unfulfilled ambitions. The bold choice will let you live your dreams, but at the risk of pain and loss. Usually, my choice is to avoid making a choice, or if forced to by circumstances, I stumble ahead and change my mind so many times nothing ever gets done.

I suppose what I’m trying to say is that you need to know which kind of person you are. Neither is wrong or right; they each have their strengths and weaknesses. Ultimately you must decide which one you want to be, because trying to be both at the same time is asking for trouble. Just ask the guy who fell down in the snow.

However, remember that if you do stumble and fall, all you have to do is pick yourself up, dust yourself off, and check to make sure that no one saw you. And in the future, try not to get swallowed up by a hole in the ground.

Also, put some ice on that ankle before it swells up like a peach.