Bras, Mixed Drinks, And Dead Celebrities (or Let’s Get The Party Started) 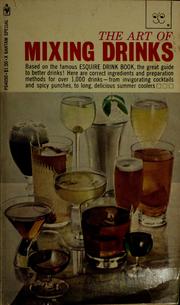 So, I’m tidying up and I come across this book, The Art of Mixing Drinks (Bantam Books) originally published in 1957. I forgot when and where I got it (for obvious reasons, probably) but I couldn’t help leafing through it and looking at a slice of drunken history from the era of Mad Men.

The first thing I notice is that I am an alcohol amateur. There was apparently a time when a bartender did more than put ice in glasses. Do you know what a muddler is? Neither did I. Apparently, it is a stick of lignum vitae (the hardest known wood) and is used for muddling (stirring in) sugar and crushing mint. (Lignum vitae is what I now call my penis. And so begins the mass unfollowing of this blog.)

They move on to drinks named after celebrities, and I can’t help but notice that all these people are dead, many from exploded livers. There are the Bob Hope’s and Ernest Hemingway’s of course, but most of these people I have never heard of. It kind of puts into perspective the fancrush you have on you favorite actor right now. Even the beautiful people are only a few decades away from obscurity and oblivion. Wow, that’s kind of depressing. Now I need a drink.

There are over a thousand drink recipes in this book and I have tried exactly none of them. Apparently applejack is not the same as apple brandy. Who knew? I’m not sure what the difference is, but it’s cold outside and I’m ready to do some research. I’ll get the punch bowl; you get the champagne flutes.

But possibly my favorite part of the book is a little throw away section in the back called 365 excuses for a party in which, you guessed it, the authors give a piece of trivia as a reason to drink. Now when I looked up today (January 25th), they have listed as a good reason to drink the anniversary of the WPB girdle regulations (ask your (grand)mother). Now not being born yet in 1957, I was completely at a loss as to what they were going on about, so as a product of my generation, I Googled it. 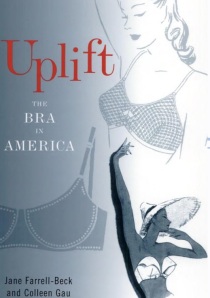 That led me to another obscure and previously unknown treasure in Google Books about the history of fashion called Uplift: The Bra In America (Beck and Gau, University of Pennsylvania Press, 2002) which, among explaining that the War Production Board severely curtailed production of material available for civilian undergarments (hence presumably freeing all women from the crushing bind of girdles), also contained this gem of a sentence:

Hampered by the WPB’s ever-changing regulations and allocations, brassiere and girdle suppliers did their best to fill large orders;… (Ibid.)

Thank you. I’m here all week. (And I am twelve years old.)

Also, of you are looking for an excuse to party this weekend, January 26th is the birthday of Jiffy the Giraffe, January 27th is the anniversary of the tearing down Honeymoon Bridge at Niagara Falls, and Groundhog Day is fast approaching.

Next week – the best cure for a hangover. (That was in there too. They thought of everything.)

Update: Jan 26th – Hemingway said, “Always do sober what you said you’d do drunk. That will teach you to keep your mouth shut.” Don’t drink and blog.

2 comments on “Bras, Mixed Drinks, And Dead Celebrities (or Let’s Get The Party Started)”